A large number of Chinese tourists visit our country. According to the Tourist Organization of Serbia, Chinese tourists 20 times more came to Serbia last year compared to the period just 10 years ago. During 2018, more than 80,000 of them arrived from the Belgrade airport, we learn from TOS.

Many of them are our clients. We enjoy the fact that we have the opportunity to present some of the natural beauties of our country. In addition to Belgrade, the favorite destinations are Zlatibor, Uvac, Drina, Tara.

What is your first association when we tell you – China? We mean the most populous country in the world. To one of the oldest civilizations. If you have the opportunity to go there now, what would you choose to visit first?

If you would like to travel to China, ECS limo service, the most reliable and quality transportation in Serbia, offers you several ideas:

1.Chinese Wall
People like to say- You were not in China, if you did not climb to the Chinese Wall or the Great Wall. This monumental structure extends about 8,000 kilometers in length, and the urban legend is known that the Great Wall and the only building visible from the universe. The best preserved parts of the Chinese Wall are located near Beijing. The wall has been created for centuries, from the need to protect the Chinese state (the beginnings of construction date from the second century BC). Today, the best preserved parts of the wall are those dating from the 14th, 15th, 16th century, from the Ming dynasty. UNESCO has put the Wall of China under its protection, and since 2007 it has been incorporated into one of the seven world wonders.

2. Terracotta Soldiers / Clay Soldiers / Shadow Warriors
Shadow warriors are one of the most important archaeological discoveries of the twentieth century. The warriors were found in the tomb of the first Chinese king, Qin Sh’huang. Suffice it to say that over 8000 sculptures of different heights and each with different facial expression, with weapons, horses, and two exceptional bronzed carriages were found. The soldiers were discovered by local farmers, but today you can see them in the Museum of the First Emperor of the Qin Dynasty. Unesco put the Terrorists under his protection in 1987.

3. The Potala Palace in Tibet
Construction of the Potala palace began in the seventh century. It is actually a complex of merged buildings in Lassa in Tibet. It consists of the White and the Red palace with its own facilities. Potala symbolizes Tibetan Buddhism. In 1994, the city was proclaimed UNESCO’s cultural heritage. She is rich in writings, murals, sculptures, articles from the Tibetan religion.

4. The Forbidden City in Beijing
Imagine a magnificent palace, with golden roofs, with 8,000 rooms, in which 24 Chinese emperors lived. Today you have the opportunity to visit it because it is now a museum in the very heart of Beijing, protected by UNESCO and is a treasure trove of Chinese and cultural relics. It is a masterpiece of both Chinese and world architecture.

5. Giant panda
They are simply irresistible. The giant pandas are loved by both the Chinese and the tourists. Although they belong to the bear family, they feed on the leaves of bamboo and are completely harmless. You can see them in different zoos in China, but the best place is Chengdu – Panda City. If you just want to get closer, you can get involved in a volunteer program and experience an unforgettable experience. 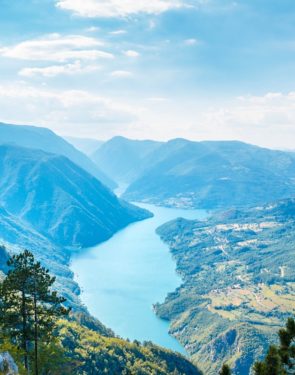 We haven’t missed nature like for the past two months for a long time! The peace and tranquility that nature provides has a beneficial effect on human physical and mental health. 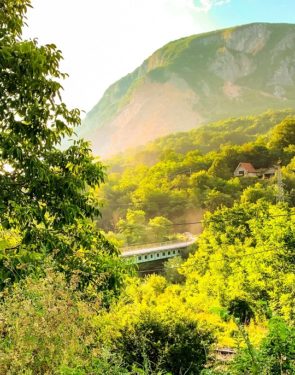 Where to travel when Corona goes away!

These days, various topics are discussed. We think about work, we care for health, for grandparents, for children staying indoors. Those who have planned and paid for their holidays months ago, stay at exotic destinations, spas, mountains, plans have changed. 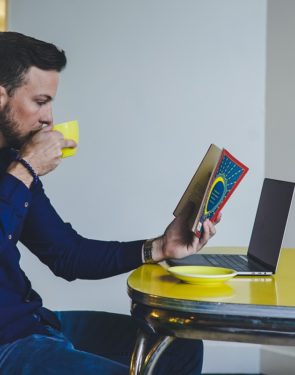